Fernanda (Faichini) Say, from Florence, Tuscany, emigrated from Italy in 1955 to work for the Bardahl family in Seattle, WA, and married a local Trentino American, Jack (Scaia) Say. 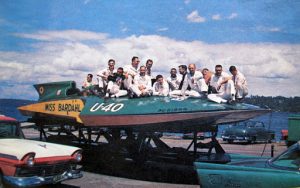 Food has featured prominently in her life story.  She was a chef in Italy, her delicious fagioli (beans) created a bond of friendship with Liliana Bardahl, which eventually brought her to the US.

Once in the US, her ravioli gained the attention of a famous Italian restaurant owner in Seattle.

Fernanda’s Beacon Hill home is surrounded by plants from seeds and cuttings that she hand carried from Italy in her suitcase as a first-generation immigrant after WWII.

Fernanda and her husband, Jack (Scaia) Say operated a knife-grinding operation from their home in Seattle, sharpening the knives for Seattle restaurants.

Giuseppi (Scaia) Say, Jack’s father, was born in Prezzo in Val Chiese, Trentino. (The surname Scaia got Anglicized to Say).

Jack was a major contributor for the memorial statue to the knife sharpeners, the ‘moleti’, in Pinzolo, Val Rendena, Italy. 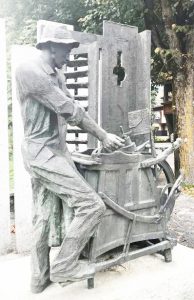