Dorothy “Dot” Miori Whitney’s grandparents were immigrants from Trentino.  Giulio Miori was from Lon di Vezzano and Caterina Maria Menistrina was from Sopramonte (both west of Trento). 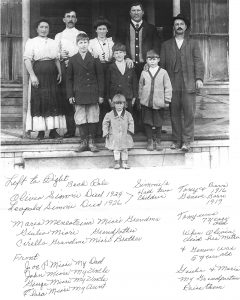 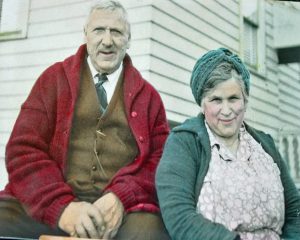 Giulio Miori and Caterina Maria Menistrina in front of their home in Seattle, WA 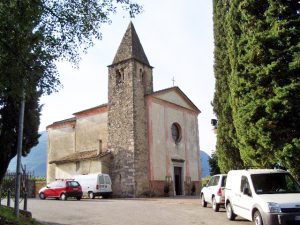 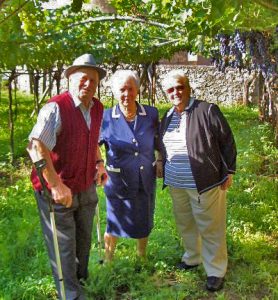 The Miori Church in Lon, Italy

Relatives Giulio and Gisella with Dot
at the grape orchard next to the Miori Church in Lon, Italy 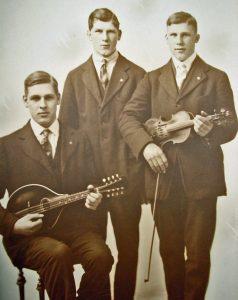 Dot’s grandfather, Giulio Miori, installed the bell in the steeple of Mt. Virgin Church, one of the major churches of the Catholic immigrant Italian community in Seattle, WA. The beautiful stained-glass windows, more than 100 years old, were financed with donations from Italians; each window bears the name of the donor and the date. 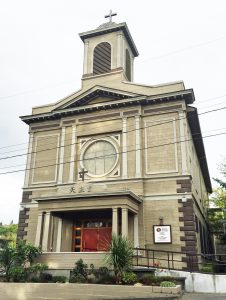 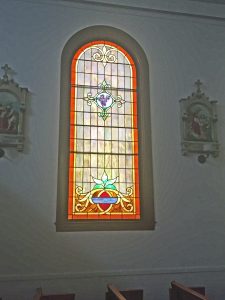 Dot is a valued and beloved member of the Seattle Trentino Club since its founding.

Dot is an active member of the Order Sons and Daughters of Italy in America (OSDIA) where she has served as the State Treasurer for 15 years for the Grand Lodge of the Pacific Northwest.

She represents the Seattle Trentino Club for the Casa Italiana (an umbrella organization of Italian clubs), where she has been a long-time member.